Mumbai city is the place where the roots of Indian cinema flourished. Therefore, the city also values drama and theatre and one can find several places to witness some of the amazing dramas. 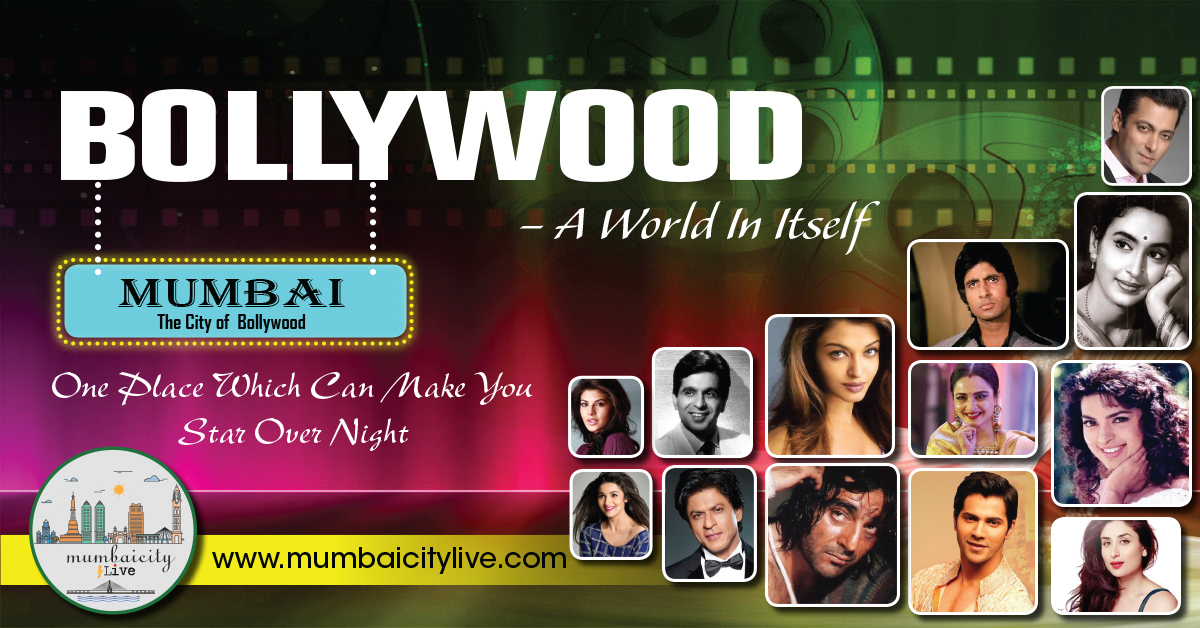 With Bollywood being an integral part of Mumbai city, the Maratha Mandir is one great Cinema Hall located in Mumbai. It holds the record for maximum movie screenings. The Maratha Mandir accommodates 1000 people and is a sight to see. It boasts of running the famous Bollywood movie “Dilwale Dulhaniya Le Jayenge” for a record time. Recently many new multiplexes and more comfortable cinema halls have been constructed to meet the demand for good cinema halls.

Mumbai, rightly called the “City of Dreams”, is home to ‘Bollywood‘, the Hindi Film Industry. Which boasts of being one of the most powerful, the most renowned and the biggest film industries in the entire world. With the brilliance of Bollywood and the sparkling luster of the lives of the Bollywood stars. Mumbai is ever glowing making it the City of Dreams to many who aspire to meet Bollywood stars, try their luck in Bollywood or do anything out of the box in life in any domain.

The Indian Cinema has its roots dating back to 1896 when the Lumiere Brothers shot the very first films, that were shown in Bombay (now called Mumbai).

However, the impact was made when Harishchandra Sakharam Bhatavdekar famously known as Save Dada recorded the first motion picture of the Hindi cinema. The first full-length feature film ‘Raja Harishchandra’ was a silent film, released in 1913. The credit to this goes to Dadasaheb Phalke, the father of Indian Cinema. The first sound film in Indian Film Industry was “Alam Ara” by Ardeshir Irani screened in 1931.

This paved way to huge prospects in Bollywood. Initially, the historical and mythological subjects ruled the charts. Later with the advent of notable filmmakers like Satyajit Ray and Mrinal Sen in the film industry, social issues were more focussed on. This was when Hindi Film Industry achieved international fame.

BOLLYWOOD AFTER THE 1970s

Masala Movies too ruined Bollywood charts at one time, “Sholay”, being the most noteworthy of all times. Mughal-e-Azam is one of the most famous commercial movies ever made in the history of Bollywood. Dilwale Dulhaniya Le Jayenge with the power couple, Shahrukh Khan and Kajol, remains the largest running blockbuster till date.

Bollywood is now widely acclaimed with movies made on all subjects. The way Bollywood has evolved, from black and white to colored movies, from still to 3D movies, and so much more, there is hardly anything that has evolved better than Bollywood.

The Indian Film Industry has to its credit producing large numbers of music directors, music composers, and lyricists. As the songs in Bollywood movies form an integral part of the Hindi Film Industry. The dreams and aspirations of a person climb new heights when in Mumbai, majorly influenced by the Bollywood life. One is all dreamy-eyed about Mumbai all the time.

Not only Indians but also people across borders are crazy about Bollywood movies and stars. When in Mumbai, it is noteworthy to take tours, private or group, of numerous Bollywood studios including the Mumbai Film City.

Mumbai Film City was built in 1978 by the Maharashtra State Government over 350 acres in Goregaon. Although not open for public, one can opt for guided tours. The official tour operated by Mumbai Film City Tours is a two-hour guided tour, however, one cannot get to see all the aspects since one is not able to get off the bus. One can also opt for Studio Tours that take place outside the Film City. Some private tour operators provide dedicated Bollywood tours. Specific tours catering to foreigners only are also held.

R.K.Studio, Filmistan, Mehboob Studio, Seth Studio, Gauri Studio, V.Shantaram, Famous Studio etc were busiest places in Mumbai in the past. Many of these that were running in losses, later sold their land to real estate developers and closed their business.

One may also go for sightseeing to have a look at the luxurious bungalows and villas of their favorite Bollywood actors and actresses around Bandra Bandstand, where most of them live. The most notable to see is the Bollywood’s superstar Shahrukh Khan’s “Mannat”. The legendary Amitabh Bachchan’s “Prateeksha” and “Jalsa”, the star-couple Kajol and Ajay Devgn’s “ShivShakti”, the iconic Rekha’s house at Juhu, among others.

Founded by the famous Yash Chopra. This production house has notable flicks like Dilwale Dulhaniya Le Jayenge (DDLJ), Darr, Mohabbatein in super hit movies. Giving youngsters the status of stardom is what YRF is known for.

Set up by the iconic Yash Johar, and being headed by none other than Karan Johar. This production house boasts of the star-studded and conceptually unique movies like Kuch Kuch Hota Hai (KKHH). Also, My Name is Khan, Kabhi Khushi Kabhi Gham (K3G), among other brilliant movies. The Bollywood lovers always keep an eye on this production house to bring back their favorite iconic Bollywood reel-life couple, the biggest stars, Shahrukh Khan and Kajol, on screen.

This production house is headed by the megastar, Shahrukh Khan and his wife, Gauri Khan. Red Chilies Entertainment is one of the fast-growing production houses in India. Experimenting with movies and going for techniques like graphics and 3D, whilst giving newcomers a real good opportunity to prove their stance.

The biggest production house in Mumbai. Ranks the highest in profitability such that it is listed on the London Stock Exchange (LSE) and the Bombay Stock Exchange (BSE).

The love, the fame, and the repute that Bollywood has earned is remarkable. The way it is still progressing and going strong is absolutely phenomenal. Lending a unique charm and appeal to Mumbai, Bollywood remains the strongest force for Mumbai to be the most sought-after city in India.

Television or TV has changed the world considerably in past few decades. Mumbai started TV journey with Doordarshan has now hundreds of channels to watch round the clock. More and more Entertainment channels, News channels, Music & Sports, Religious & Educational channels have entered into this business. It increased demand for new programs, serials, music videos and different regional programs. Demand for Films and Serials suddenly jumped to new high. Many corporate people entered in this show business. Opportunity for new jobs also increased. Ekta Kapoor daughter of great actor Jitendra is one of the leading producers of TV serials. Reality shows on TV help to newcomers for a bigger platform and recognition.

Private News channels too established their strong presence in India. It changed whole new concept and awareness in public. Politicians and influential people are now more answerable to the public due to media interferences and media trials.

Youtube & Google has changed complete meaning of Internet. Once used only for business and e-mails, the Internet is now main attraction of entertainment. Smartphones have become an easy and cheaper medium for entertainment. Short Videos, web series, private music albums, movies, and news are now very easily available all over India on the internet. People preferred this link as their favorite hobby nowadays. Youtube gives you all kind of entertaining programs from all over the world.

FACILITIES FOR FILM MAKING IN MUMBAI

Film censor board of India has their office in Pedder Road. FTII and Film Division of India conducts many courses for students. Mumbai University has introduced Graduation degree course, Bachelor in Mass Media(BMM) to encourage and educate the new generation in Film and TV industry. Most renowned Institute Film and Television Institute of India is in nearby PUNE city. Bollywood has all the facilities for pre-production to post-production for filmmaking in Mumbai. Different film associations have been established to ensure fair trade practice and to fight for the rights and justice for film workers in Bollywood. 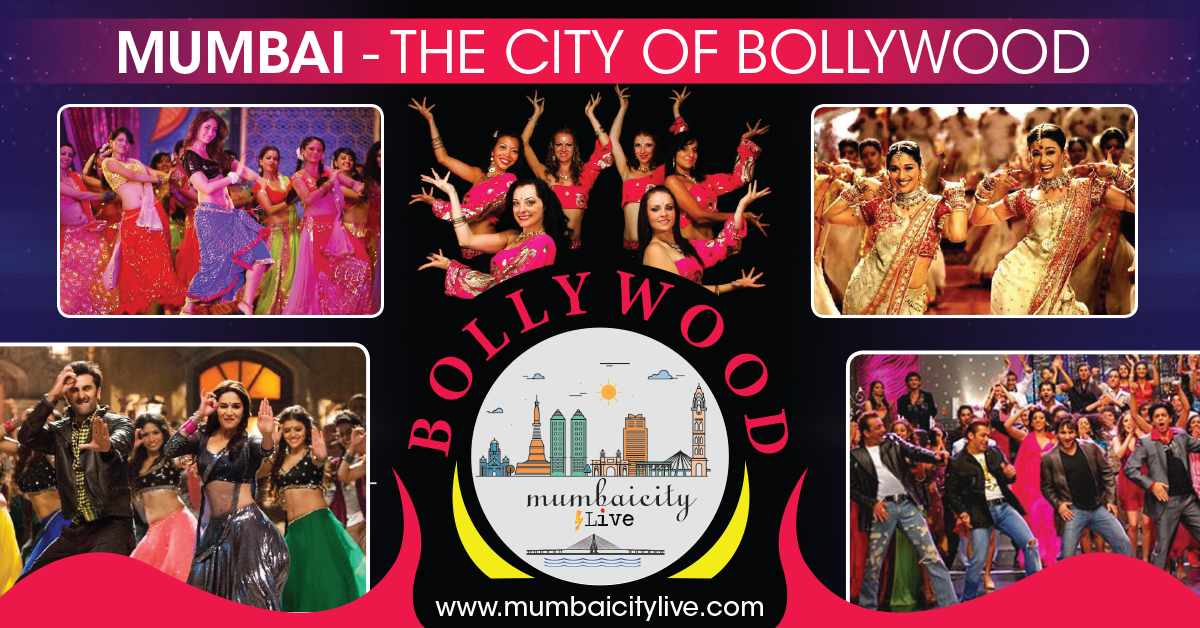