SCROLL DOWN TO KNOW MORE ABOUT HOLY PLACES IN MUMBAI

Mumbai, at first, might seem just to be a metropolitan city. However, if one looks at the other side of Mumbai, the city is highly rich in religious traditions and the spiritual places of worship associated with several religions form an integral part of Mumbai. Every part of Mumbai city has either Temple, Church or Mosque.

Mahalakshmi Temple is located near Pedder road & Haji Ali is dedicated to the Goddess of Lakshmi (Wealth) and also contains idols of the Goddess Kali and the Goddess Saraswati. To see the temple in its full splendor, one must visit on Navratri or on Diwali. 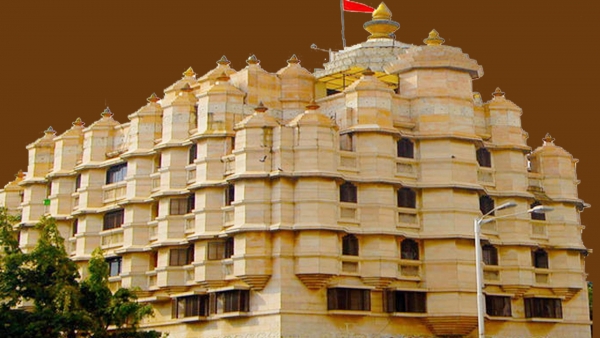 Siddhivinayak Temple in Mumbai is dedicated to the Lord Ganesha. The temple is the Mumbai’s richest temple. Other than the Ganesh’s idol, the temples also house Ganesh’s “mushak”. Devotees strongly believe that their wishes will be granted by chanting with faith into the ears of the mushak. (mouse). Many celebrities pay a visit to this famous temple. Many people travel bare feet every Tuesday for the fulfillment of their wishes.

The ISKCON (International Society for Krishna Consciousness) Temple in Juhu and Girgaon Chowpatty, is an architectural site. The temples, built by the ISKCON Foundation, is dedicated to Lord Krishna. It is also known by the names “Hare Rama Hare Krishna Temple’ and the ‘Radha Raas Bihariji’. This temple is renowned even internationally. Devotees travel from abroad to pay their respect.

Babulnath Temple, devoted to Lord Shiva, is yet another famous temple near Girgaon Chowpatty, Mumbai. The temple presents an adventurous climb via stairs. One can also opt for the elevator.

OTHER FAMOUS TEMPLES IN MUMBAI

Walkeshwar Temple, near Ban Ganga in Malabar Hills, Mumbai, believed to be the place where Lord Rama took shelter on his way to Lanka, is said to be made by the Lord Laxman himself using sand, hence the temple is known as “Waluka Ishwar” (the God of Sand).

Another temple visit which is no less than an adventure ride in theVaishno Devi temple in Malad. One has to hike through the caves and stunning streams before reaching to the temple.

The Shitla Devi Temple in Matunga west is also very renowned for the healing of the sick especially for the ones suffering from smallpox and other skin ailments.

Other than Hindu shrines, one can also find Jain Temples in Mumbai. One such lively example of brilliant architecture and devotion is the Babu Amichand Panalal Adishwarji Jain Temple at Teen Batti, Walkeshwar, Mumbai. Devoted to Adishwar Bhagwaan, the first of the 24 Tirthankaras of the Jainism, the temple houses beautiful sculptures and paintings.

The Mahavir Swami Derasar is yet another spectacular Jain Temple in Mumbai. Mumbai has a large population of Jain community and every locality and area of Mumbai has Jain temples. Walkeshwar, Bhuleshwar, Sion and Vile Parle area has many Grand temples to visit.

Christianity is also revered by many in Mumbai and the churches in Mumbai are an architectural heritage.

The Mount Mary Church, also known as the “The Basilica of Our Lady of the Mount”, is dedicated to Virgin Mary. The church, situated on the top of Sunderban Bandra, looks charmingly beautiful as it overlooks the vast Arabian Sea. The people of Mumbai strongly believe in the healing powers of this church. The famous Bandra Feast or the Mount Mary Feast is celebrated to remark the birthday of Mother Mary every year in the month of September which lasts up to 10 days. There is a huge footfall during this period from all over the city as well as India.

Another famous church is the St. Thomas Cathedral. This church dates back to the British era and is the first Anglican Church in Mumbai.

One of the oldest Catholic Churches in India, the St. Michael’s Church, is in Mumbai. Famously known as the Mahim church. It is devoted to “Our Lady of Perpetual Succour’. Every Wednesday people gather to attend the prayer service and for the fulfillment of their oaths and vows. The Wednesday Bazaar (open market) is also held just outside the church every Wednesday.

The St. Andrew’s Church, the Catholic Holy Name Cathedral, the Afghan Church (also known as the Church of St John) and the Church of St. Teresa are other notable churches are there in Mumbai.

Muslim shrines see a large number of devotees from all sections. Other than numerous mosques, one of the most famous Islamic shrines is the Haji Ali Dargah in south Mumbai. Built by a renowned saint Haji Ali Shah Bukhari, the shrine is situated on an island surrounded by the sea.

Another well known Dargah (mosque) is Dargah Hazrat Makhdum Faqih Ali Mahimi, which is located in Mahim. Every Thursdays and Fridays it sees huge footfalls of devotees regardless of religion and faith. Every year a 10 days fair takes place dedicated to Saint Hazrat Makhdum Faqih Ali Mahimi. People present their offerings and then later join in the fair which includes rides, toy shops, games and lots of different and sumptuous delicacies especially non-vegetarian.

The beautiful Minara Masjid (Mosque) at the famous Mohammad Ali road and the Gol Masjid are two popular mosques in Mumbai.

Mumbai’s Jama Masjid at Bandra is a heritage site.

The small population of Jews in Mumbai also have their places of worship. The Keneseth Eliyahoo Synagogue is the major place of worship for Jews.

The Zoroastrian (Parsi) shrines in Mumbai are mostly open only to the Zoroastrian. However, one can see them from outside. The Mumbai’s Towers of Silence and the Maneckji Seth aviary (The Fire Temple) are the most noteworthy.

The Nipponzan Myohoji Temple and the Chaitya Bhoomi mark the spirituality of Buddhism.

Mumbai also houses the Golden Global Pagoda which is one of the top Meditation Centres in India. The Global Pagoda is the world’s largest dome with no supporting pillars. The meditation area can house approximately 8,000 people. This place sees people of all faiths, chanting and meditating in the name of Lord Buddha.

The communal harmony and the spiritual diversity in Mumbai is the goal to follow for all present-day metropolitan cities.

Hundreds of thousands of people from all over the world visit regularly to Sai Baba in Shirdi, Trambkeshwar Temple Near Nasik, Shani Shingnapur near Nasik and Shirdi, Bhima Shankar Near Ahmednagar. Mumbai city has some of the spectacular historical temples to visit. Jain temple at Shahpur on Mumbai Nasik highway is another attraction to visit for religious people. 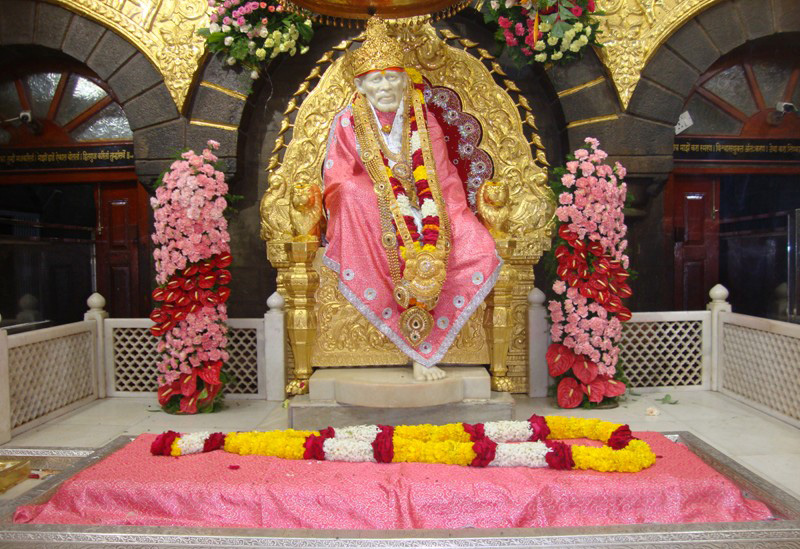 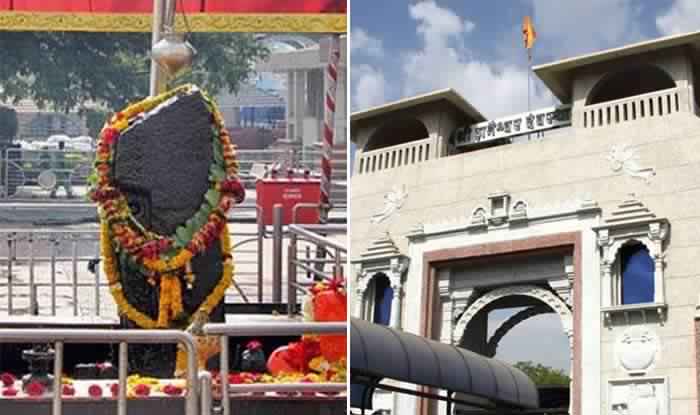 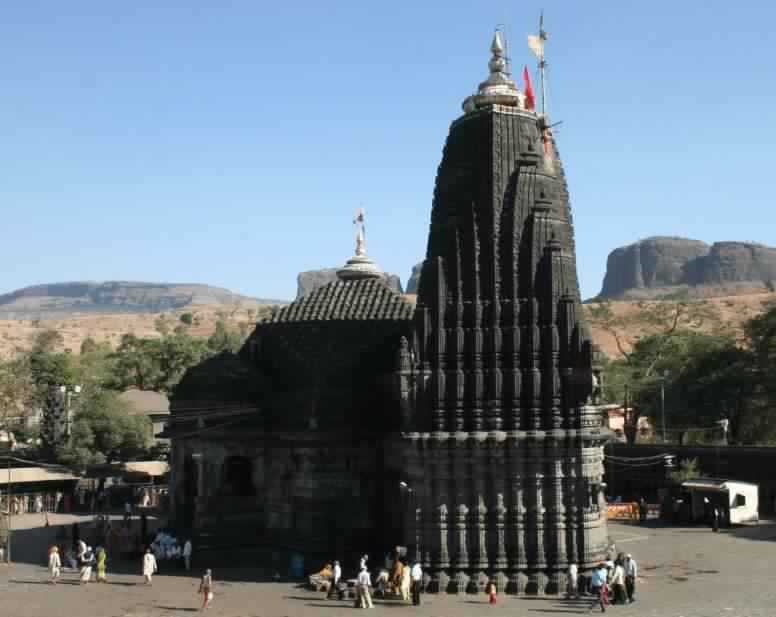